Provides licensing and management services to other modules

Receives data from IoT devices, eventually subscribes the data published by external services. It provides authentication and message verification mechanism to ensure the data security and integrity. There are several modes, in which the Receiver can operate:

Sender is used to read data from receiver and conditionally execute automated actions, for example:

Each IoT Data Controller module provides set of HTTP endpoints, which can be used to manage module's configuration, read status or received data. 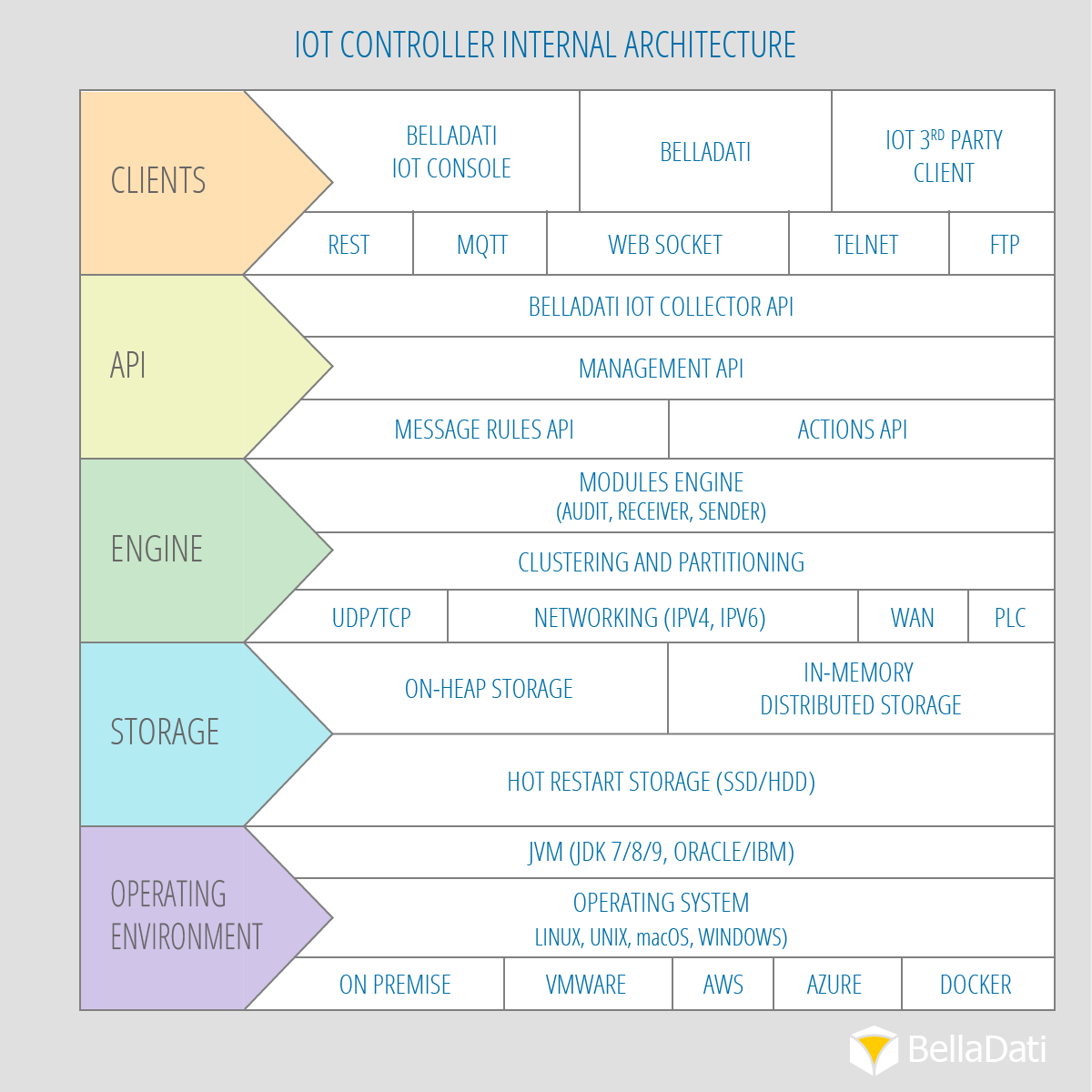 BellaDati IoT Data Controller is implemented in reactive style, which is a new way of building distributed applications taking advantages of modern CPU architectures and using resources more efficiently. Combined with microservices, it provides a perfect flexibility where each of its modules is individually developed, released, deployed, scaled, updated and reloaded. It also infuses the required resilience into the system to avoid failure cascading and keep the system responsive even when facing failures. Last but not least, the asynchronous communication, promoted by its reactive implementation, copes with the interaction challenges, but also the concurrency required to face load variations.

BellaDati IoT Data Controller is distributed reactive system, running on the top of the Java Virtual Machine using an asynchronous and non-blocking development model. Its ecosystem are just JAR files used and has four key properties:

Each of the Controller modules, which are forming the BellaDati IoT Data Controller, interact using asynchronous message-passing regardless of whether these modules are co-located or distributed. Each module reacts to the received message by using an asynchronous non-blocking development model. This allows the Controller to more effectively share resources by doing work only in response to outside messages.

Controller modules are also elastic, meaning they react to increasing load well because of the architecture highly concurrent and distributed. It also takes advantages of multi-core CPUs.

Controller modules are also resilient, treating failure as a first-class citizen --- it can face failures, isolate them, and recovers using sophisticated strategies.

The final property, responsive, means the Controller is real-time and engaging. It continues to provide its service in a timely-fashion even when the system is facing failures or peak of demand. 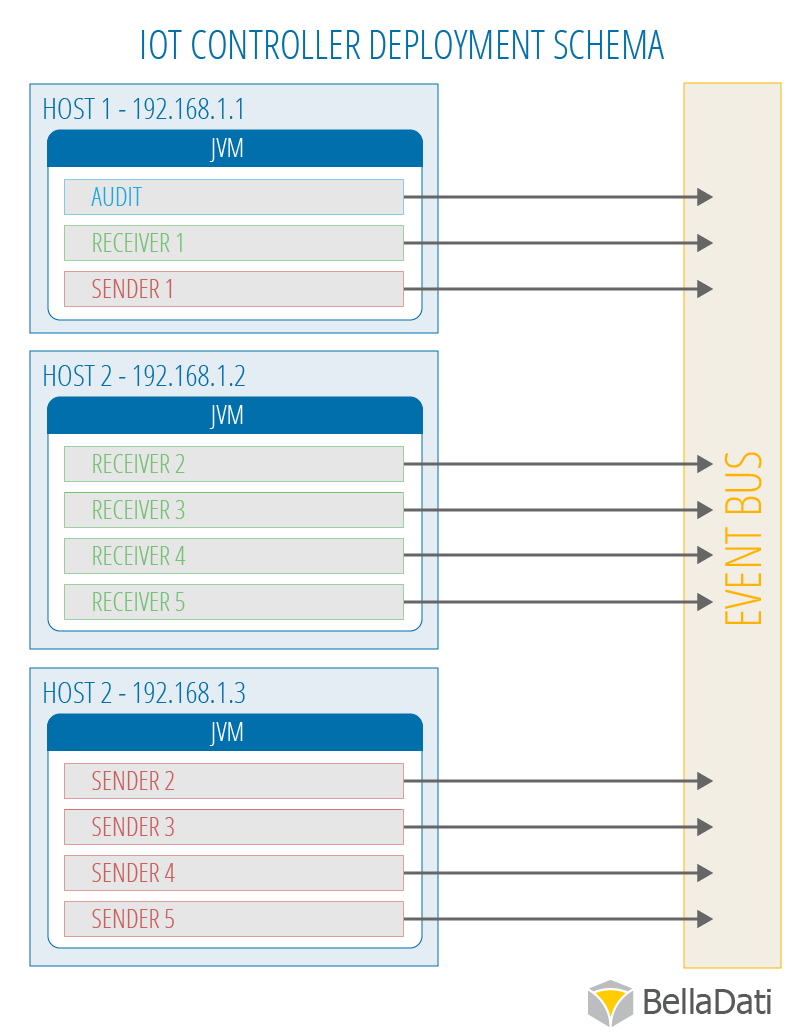 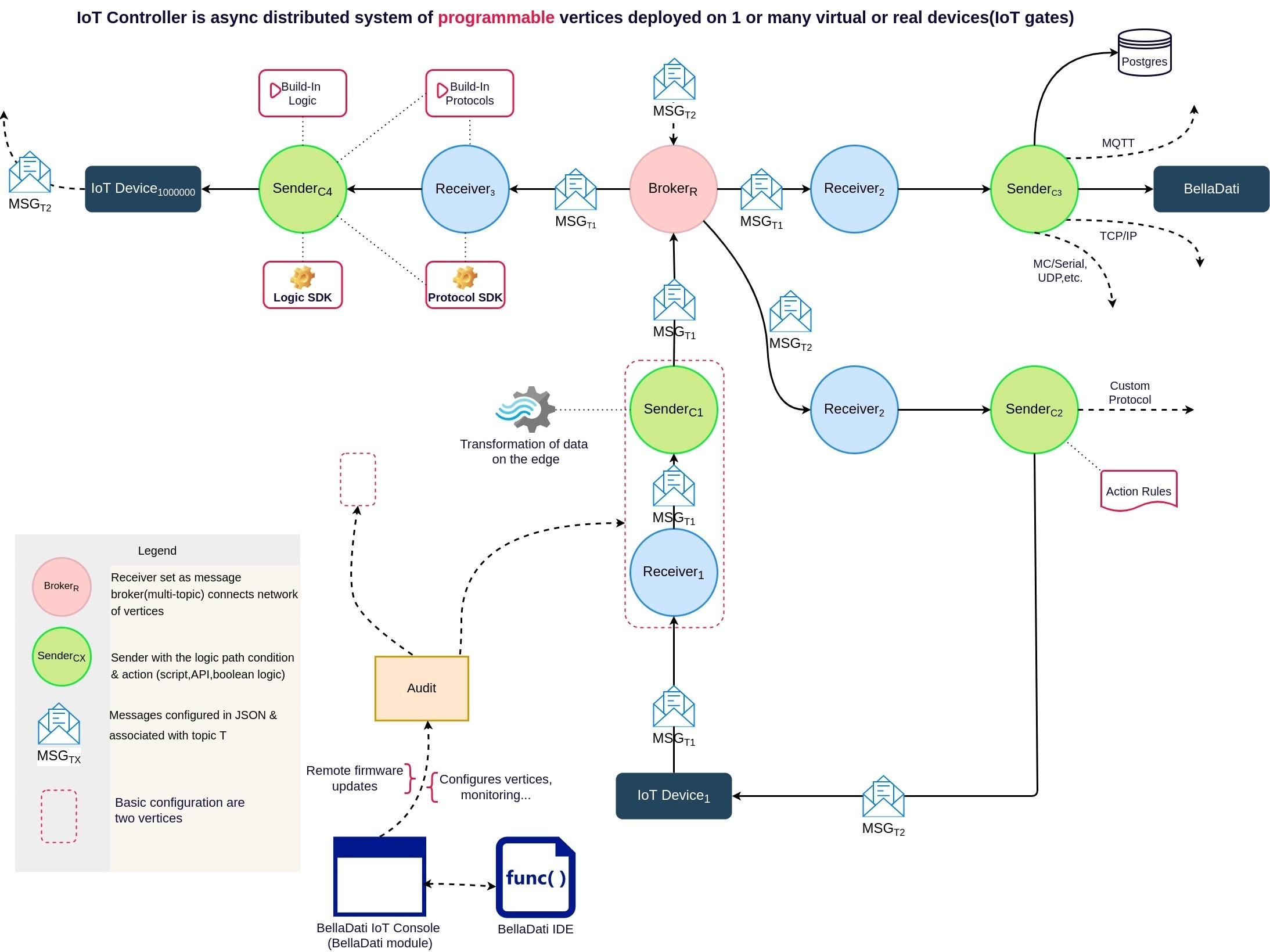